All change for Hastings

The Hastings area has fast become one of the country's most up and coming commercial locations, with a new coastal economy

New companies are showing great interest in the area, attracted by competitive operating costs and the high-quality premises being developed as well as the lifestyle on offer.

Lacuna Place, a grade A office building, is at the heart of Priory Quarter, the new commercial heart for the Hastings

Economic development firm Sea Space secured planning approval a year ago to create Priory Quarter as a bustling new commercial and education district in Hastings town centre. Located next to the rail station and two minutes walk from the seafront and shopping centre, the Priory Quarter scheme includes extensive office space, retail outlets, a multi-screen cinema, the second phase of University Centre Hastings, public squares and a pedestrian ?land-bridge? leading into the area from the station. Since securing planning approval, the construction work has proceeded remarkably fast.

Lacuna Place, the first element in the Priory Quarter plan, offers 31,500 sq ft of high-quality contemporary offices, and has sprung up from the ground on a derelict site near the rail station and opposite the University Centre. The development completed in July 2008 and is generating considerable interest, particularly from companies outside the area, attracted by the prospect of a dynamic business community in a desirable coastal location.

At street level Lacuna Place also has two retail units. One of the ground floor retail units fronts the pedestrian route from the station and is designed to accommodate a broad range of uses. The other is intended as a restaurant or café and fronts the main pedestrian route as well as Priory Square, the new public space at the heart of the development, due for completion in early spring 2009 alongside the second phase of office space, One Priory Square.

Already established in the Priory Quarter area is University Centre Hastings, a collaboration between several universities, spearheaded by the University of Brighton. Open since 2003 and currently with 700 students, the second phase, due to be sited on the other side of Priory Square, will bring its capacity up to 2,000 students. As well as introducing the vibrancy of a true university campus to the town centre, the University Centre is also pivotal in developing the skills base that will attract outside investors, tailor-making commercially focused courses to help boost the area?s economy.

In addition, the business services on offer are evolving to support the changing commercial landscape. The East Sussex Enterprise Hub provides mentoring for high-growth companies, while a new high-end advisory service was launched in 2008 to offer in-depth ecommerce consultancy to firms which are set to generate the greatest economic output. Meanwhile, on the ?Station Plaza? site next to Priory Quarter, work is progressing steadily on a new further education college, along with 100 Millennium Community homes and a health centre, with the college due to complete by autumn 2009.

Keith Sadler, Deputy Director of economic development body Sea Space, comments: ?Priory Quarter will have a strong, vibrant identity. We?re determined that it will stand out from the staid image of so many town centre districts and reflect Hastings? eclectic, artistic character.?

Anyone interested can find out more about Priory Quarter at www.prioryquarter.co.uk.

In the north east of Hastings, plans are being worked on to develop the once neglected Ore Valley. The further education college at Station Plaza will be extended to include a second campus in Ore alongside a new convenience store, health centre and more than 400 homes as part of the Millennium Community programme. A decision by the Secretary of State in April 2008 in favour of a Compulsory Purchase Order has facilitated the purchase of the final land needed to deliver this project. At the centre of the project will be a significant reclaimed and developed green space offering a superb outdoor amenity to the local community including a restored reservoir, play areas and improved connectivity for cyclists and pedestrians across the valley.

While on the sea front in St Leonards, the revitalised Marina Pavilion opened its doors in summer 2008 offering a destination restaurant, conference and wedding centre and holistic therapy centre with 10 treatment rooms.

Meanwhile, on the outskirts of Hastings, bold plans are under way to create a series of environmentally exemplary business parks. This will stretch up the A21 towards London and down the forthcoming Bexhill-Hastings Link Road. Branded the Enviro21 Innovation Parks, the sites are being created for organisations at the cutting edge of tackling the global environmental challenge, and for any other technology firms which value eco-friendly premises. Research by Sea Space found that technology companies place extremely high importance on being ?greener? in their business operations ? but few are able to achieve that with their current premises. 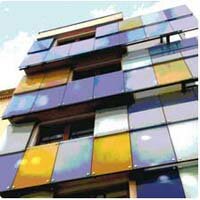 The business parks have sustainable energy, water and waste strategies at their core and are designed to achieve an ?excellent? BREEAM rating. They will minimise their impact on the environment, while providing low running costs for the companies based there. They?ve also been designed to blend with the surrounding scenic countryside, including the nearby site of special scientific interest (SSSI). The park will include The Innovation Exchange, a strikingly contemporary conference, meeting, restaurant and café venue for use by all businesses on the site.

The established Innovation Centre is already in this area, with workshops, studios and offices for up to 71 small firms and start-ups. Additional large sites are now being prepared for new premises that will be environmentally outstanding in the way they function and the way they?re created. The first is at Queensway South, for which planning permission was achieved in May 2008 with work due to start in autumn of the same year.

With the next Innovation Park due to follow at Queensway North, they both have the potential to be powered by a wind turbine which would generate more than enough power for the two Parks. All indications are that this would make them not just carbon neutral but carbon negative in their electricity use: the turbine should generate more than enough energy for the Innovation Parks, with income from the surplus being reinvested in the development programme.

The outlook for the area is extremely promising. Keith Sadler sums up: ?In terms of quality of life, it has beautiful coastline and countryside, fascinating heritage and a vibrant arts, festival and cultural scene. At the same time, business is blossoming and, with the new premises and commercial support on offer, the Hastings area is proving an unbeatable combination for many.?